Day 2 – Exploring Nord-Pas-de-Calais in our Motorhome

After a quiet night, we wake up and explore Nord-Pas-de-Calais. A marsh tour, excellent food, and our first boondocking experience!

Ferme des Anneaux was a quiet spot overnight. We slept pretty soundly (especially compared to our last night in Brussels) although I seem to have a head cold brewing. Typical for me after a period of stress.

We ate our yoghurt from the farm and liked it so much we bought 6 more pots before leaving! We were the last ones out, which was fine by us, because it meant I had more space to maneuver Amelia if need be.

Our first stop on this adventure was a stop at the marshes in Clairmarais. Near St. Omer, the marshes of the Romelaere Nature Reserve are a hub of biodiversity so important they are protected by UNESCO. We were excited to visit the marsh because we had a tour planned with Isnor boat tours. New to our GPS navigation system, it took a bit of doing to get our destination sorted, but soon we were pulling into Isnor’s parking lot.

Like a couple of nervous nellies, we parked Amelia as close to the docks as possible. Would she be safe while we were gone? We grabbed our computers, put the cats in their crates and nervously headed to our meeting. It’s hard leaving your new home alone for the first time! 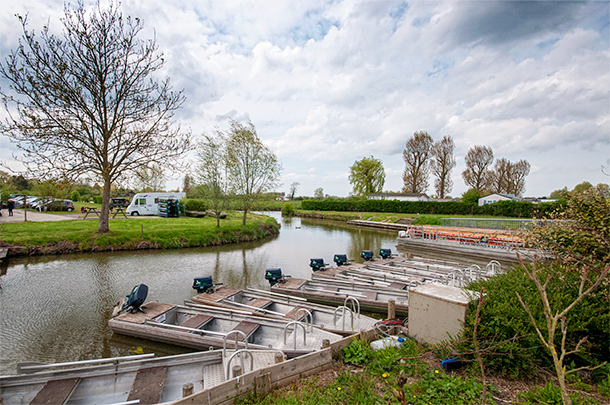 Isnor rules the waterways in the marais. (Can you spot Amelia?)

We met up with Hervé Leleu, the owner of the tour company. Originally a kinesiotherapist, Hervé vowed, when he started, at 50 he would change careers. And he did. Hervé told us a friend previously owned the tour company and one day announced to Hervé he was selling. Hervé said he thought about it for 15 seconds and quickly exclaimed, “I’m buying!” Since he bought the company in 2007, Hervé has added more recreational activities and a cafe, Estaminet, where they serve roasted pig (8 hr slow roast). The smell was divine. Too bad we didn’t have time to sample! 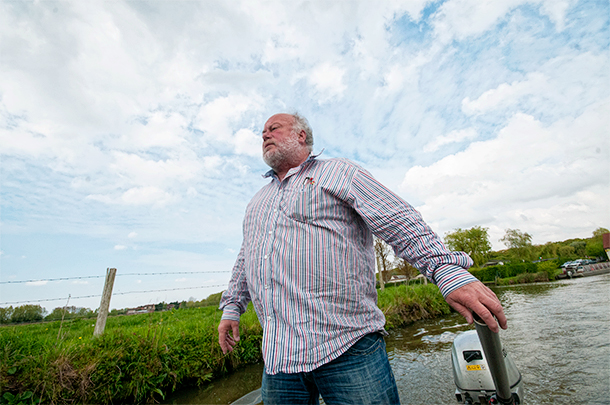 Herve Leleu leads us on a tour of the marshland

Our marsh tour lasted about 1.25 hrs, during which Hervé extolled the virtues of the marshes. The set up of the pumping systems reminded me a lot of the mechanisms used by the Acadians in the Annapolis Valley. The farmers in Clairmarais channeled the water of the marshes into what are now 700km of canals and river. Today the marshes are home to 27 species of fish and 25% of France’s plant species. It is a delicate balance between tourism, life on the marsh, and the eco-system which has been created. 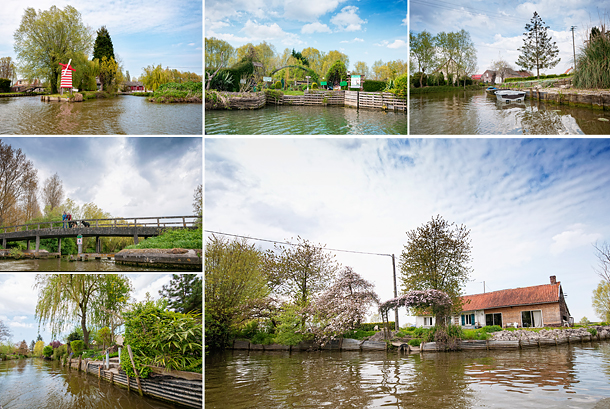 I highly recommend taking a tour or renting a boat to explore the marshes. It is a nice way to spend time on the water and discover this beautiful green area in northern France. If you have your own water-craft (boat, kayak, paddle board, etc), then you are welcome to bring it instead. The main canals get busy in peak season, but if your boat is small, you can escape to some of the smaller tertiary canals.

Once we finished our tour, we headed cross country to Audresselles, on the Opal Coast, and a seafood restaurant, La Marie Galante. The restaurant is famous for their seafood platters, which we saw being brought out to various tables. They looked enormous and delicious! Our menu was pre-selected and it was also delicious. Although my head cold was starting to kick in, I still managed to tuck into a goat cheese salad, cod cooked in local beer, followed by tiramisu. Alison had some juicy shrimp, a well prepared steak, and a moelleux to finish. Boy were we full at the end! 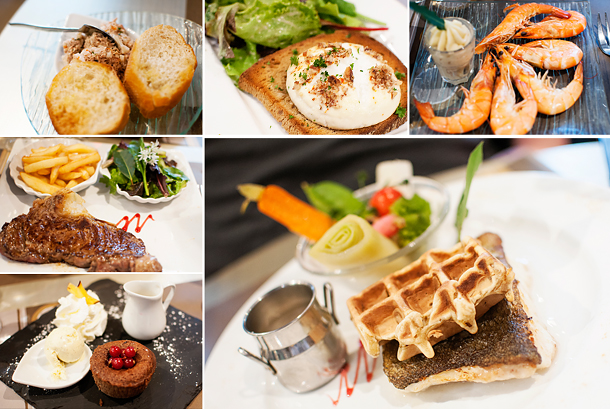 Tummies full we raced back to Amelia to make sure nothing had happened while we were gone. It is stressful to leave her, the cats, and all our stuff sitting at the side of the street! Honestly, Audresselles isn’t exactly known for large amounts of crime, but we have no idea. Hopefully we’ll get a bit less stressed about this over time.

From Audresselles, we headed up the coast to find a spot to sleep for the night. Alison had picked out a particular aire but when we passed it looked full. Proceeding further up the road we spotted a parking lot with camping cars in it. Pulling in, the parking lot sat atop the cliffs overlooking the coast around Wimereux. Signs told us the parking lot was closed to camping cars overnight, but with another 6 motorhomes in there when we arrived (a 7th arrived shortly after us), we decided to risk it. Our hope is it is off-season and no one (particularly the gendarmes) really cared. Fingers crossed! 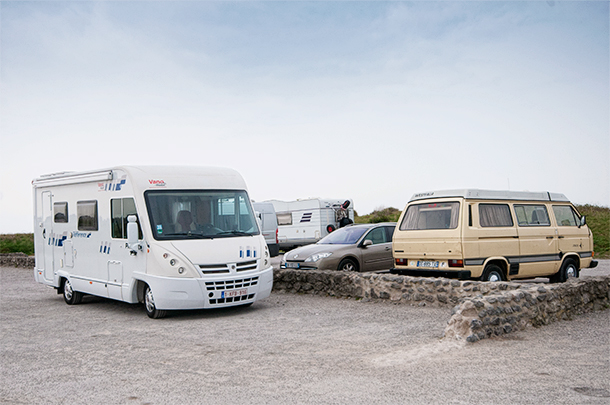 At least we weren’t the only folks breaking the rules… 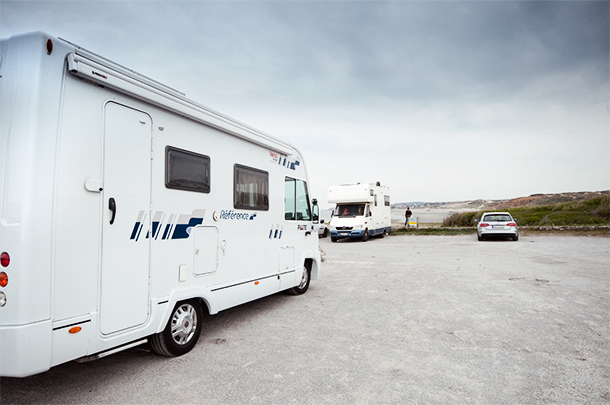 Amelia is enjoying the view in Pas-de-Calais 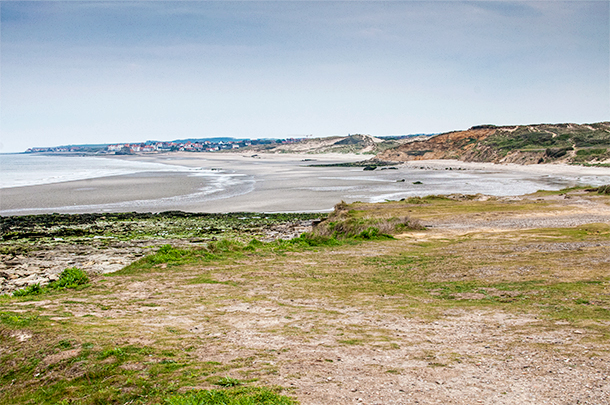